Previous studies have suggested that Crown-of-Thorns starfish (COTS) larvae may be able to survive in the absence of abundant phytoplankton resources suggesting that they may be able to utilize alternative food sources. 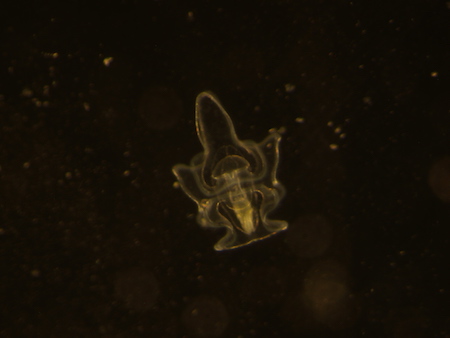 In this study, Ryota and his colleagues tested the hypothesis that COTS larvae are able to feed on coral-derived organic matter using labeled stable isotope tracers.

The results show that coral-derived organic matter such as coral mucus can be taken up by COTS larvae and may be an important alternative or additional food resource for COTS larvae through periods of low phytoplankton biomass.